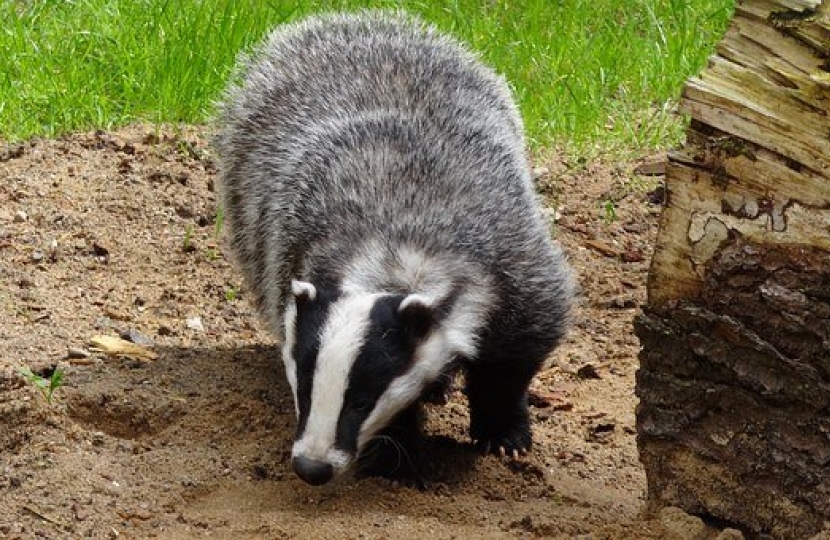 Bovine tuberculosis threatens our cattle industry and presents a risk to other livestock, wildlife, pets and humans.Dealing with the disease costs the taxpayer over £100 million each year and the latest official statistics show that more than 27,000 cattle were compulsorily slaughtered in England to control the disease in the last year.

Ministers only ever envisaged that the badger cull would be a phase in the strategy to reduce the weight of the disease in the wildlife population. The recent consultation proposed how culling will be phased out and the next steps of the strategy accelerated, especially improved diagnostic testing. It also included proposals to stop issuing intensive cull licences for new areas after 2022; to allow new licences to be cut short after two or three years based on a review of the latest scientific evidence; and for new supplementary cull licences granted in regions that have completed intensive culls to be restricted to two years and not reissued afterwards. I understand that some form of culling would continue to be an option in exceptional circumstances to address any local disease flare-ups. I know that the Secretary of State has noted the range of responses to the consultation and these have raised some important considerations for how the delivery of the Government’s strategy is shaped and managed on the ground.

Alongside this consultation, Ministers are examining further measures to accelerate bovine TB eradication in England, such as further improvements to testing, encouraging increased uptake of farm biosecurity measures, and rewarding low risk cattle purchasing behaviour. I am also pleased that the development of a deployable cattle bovine TB vaccine alongside a DIVA skin test continues at pace and is on track to be completed within five years, with field trials now underway.

Of course, no one wants to cull badgers for longer than is necessary. There is no single answer to tackling bovine TB, but by deploying a range of policy interventions, we can turn the tide on this terrible disease and achieve the long-term objective of eradicating it by 2038.

Thank you again for contacting me.