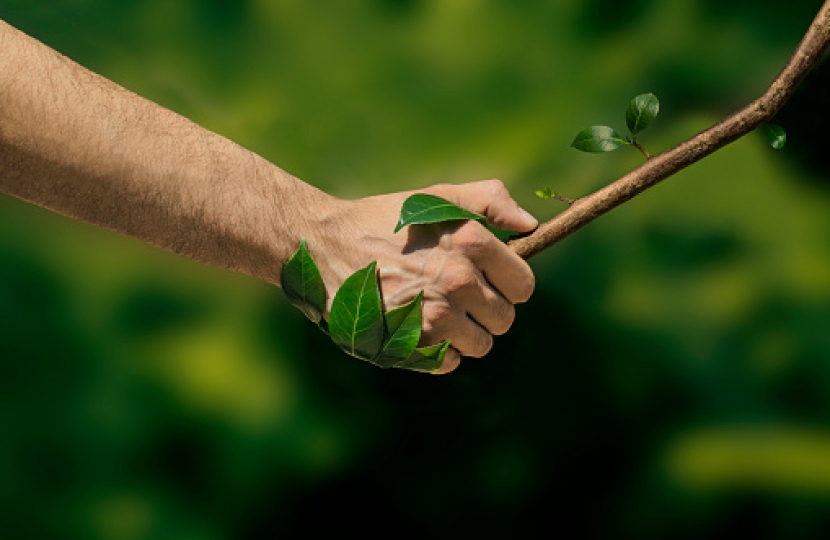 Climate change is one of the greatest challenges we face, and I can assure you that I recognise the importance and urgency of public debate on this issue.Indeed, the threat of global warming has never been more apparent, as highlighted by the sobering conclusions of the Intergovernmental Panel on Climate Change’s special report on global warming of 1.5°C.

However, I am pleased that the UK, which is continuing to play a world-leading role in tackling climate change, was the first G7 country to legislate to achieve net zero by 2050, and we are decarbonising faster than any G20 country. In addition, we have set ambitious climate targets in law, such as a commitment to reduce emissions by 68 per cent by 2030, and also to reduce emissions by 78 per cent by 2035, both compared to 1990 levels.

The UK accounts for approximately 1.2 per cent of global emissions and the Government and COP26 Presidency is working to ensure other countries, particularly other G20 countries which account together for 80 per cent of global emissions, to urgently submit new or updated 2030 targets (Nationally Determined Contributions) with their plans for ambitious climate action ahead of the vital COP26 summit later this year in Glasgow.

To continue this momentum, the Government has announced around £2 billion for new policies since setting the Net Zero targets and a new Prime Minister-chaired Cabinet Committee on Climate Change has been set up to ensure all arms of Government are focussed on tackling this challenge. The UK will also continue to use its position as a global leader by hosting the UN Climate Change Summit in Glasgow in 2020 and will ask international partners to match the UK’s ambition.

The 2021 Budget also reinforced the UK’s strong track record in this area, with announcements including £640 million for tree planting and peatland restoration, over £1 billion to support the transition to electric vehicles, at least doubling funding for energy innovation, and tax measures to reduce plastic waste, among other measures. The Chancellor also announced £15 billion of green gilt issuance to help support vital projects to tackle climate change, to fund critical infrastructure investment, and create green jobs across the UK.

At the same time, the ambitious Environment Bill is being introduced to protect and improve the environment for future generations, enshrining in law environmental principles and legally-binding targets.

At a local level, the Government has launched a Local Energy Programme which will provide support to Local Enterprise Partnerships and local authorities to help them implement energy projects which reduce carbon emissions and benefit their communities. Substantial funding has also been provided to support Heat Networks and other low carbon projects, while the National Planning Policy Framework includes guidance on how local authorities can meet the challenge of climate change. Nearly 400,000 people are working in the low-carbon economy and the Government is committed to creating thousands of highly skilled, well paid jobs up and down the country. For instance, I welcome that the Offshore Wind Sector Deal could see the number of jobs triple in this sector to 27,000 by 2030.

Ultimately, I am assured that under this Government’s leadership, action will be taken so that future generations will look back on climate change as a problem that was solved with the UK leading from the front, protecting our planet for centuries to come.