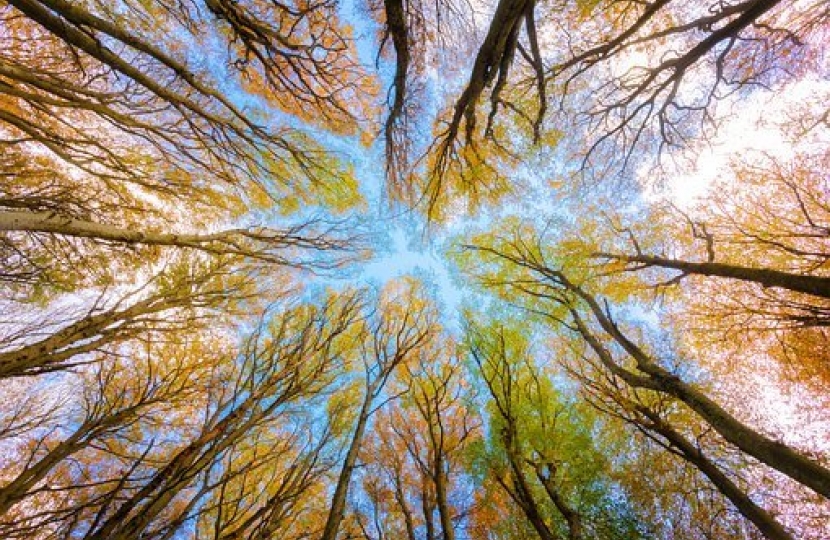 The Government remains fully committed to the Environment Bill as a key part of delivering the manifesto commitment to create the most ambitious environmental programme of any country on Earth. The Bill has now completed its journey through the House of Lords and I look forward to hearing the Government's thoughts on each of the Lord's proposed amendments. I understand that with Royal Assent expected in the autumn. Key work on implementing the Bill’s measures continues at pace, including setting long-term legally-binding targets for environmental protection and creating a new Deposit Return Scheme for drinks containers.

The Environment Bill will place environmental ambition and accountability at the heart of Government. I am satisfied that legislative measures contained within the Bill will address the biggest environmental priorities of our age, ensuring that we can deliver on the commitment to leave the natural world in a better condition than we found it. These include meeting net zero by 2050, as well as wider long-term legally binding targets on biodiversity, air quality, water, and resource and waste efficiency which will be established under the Bill. The Bill will also give Ministers the powers to tackle storm overflows.

Further, the Government has amended the Bill in the Lords to include a new, historic, legally binding target on species abundance for 2030, aiming to halt the decline of nature. This is a pioneering measure that will be the net zero equivalent for nature, spurring action on the scale required to address the biodiversity crisis. A forthcoming Green Paper will also explore how ministers might deliver their world-leading domestic ambitions for nature, including how to improve the status of native species, such as the water vole and the red squirrel, and protect 30 per cent of our land by 2030.

The Office for Environmental Protection (OEP), headquartered in Worcester, has now been set up in an interim, non-statutory form, providing independent oversight of the Government's environmental progress and accelerating the foundation of the full body. The OEP will have the power to take public bodies to an upper tribunal if there are breaches of the law.

I believe that it is important the OEP is independent and fully transparent in order to effectively hold the Government to account on its targets and that the Environment Bill includes several provisions to enshrine the OEP’s independence in law. These include a specific duty on the Secretary of State when exercising his or her functions to have regard to the need to protect the OEP’s independence. The Bill also states that the OEP must prepare its own strategy that sets out how it intends to exercise its functions. I am aware that the OEP is required to lay this strategy before Parliament to allow for proper scrutiny and transparency. The Bill also requires the OEP to act objectively and impartially. In addition to the protections that the Bill provides, my Ministerial colleagues made several commitments to ensure the OEP’s operational independence.

The Environment Bill requires that Statutory Instruments setting out environmental targets must be laid before parliament by 31 October 2022. Ministers will continue to develop targets through a robust, evidence-led process to meet this deadline. By setting targets of at least 15 years, ministers will ensure that Governments look beyond the short term, but this does not mean we should not make progress until 2030. I am confident that the process put in place to develop targets will contribute to meeting new global goals set under the convention on biological diversity.

The Bill has now been amended to require the Secretary of State to set a new, historic, legally binding target for species abundance for 2030, aiming to halt the decline of nature. Tackling the long-term decline of nature will be challenging but through this new target Ministers are committing ourselves to that objective. A domestic 2030 species target will not only benefit our species but the actions necessary will also help to drive wider environmental improvements. I know that the duty to set this target is in addition to the existing requirement to set at least one long-term legally binding biodiversity target.

I agree that deforestation must be tackled if we are to achieve our climate and biodiversity targets and that is why last year the Government set out its approach to tackling deforestation linked to UK demand for products such as cocoa, rubber, soya, and palm oil. Combined, the new package of measures will ensure that greater resilience, traceability and sustainability are built into the UK’s supply chains by working in partnership with other countries and supporting farmers to transition to more sustainable food and land use systems.

The measures include the introduction of a new law in the Environment Bill which will require greater due diligence from businesses and make it illegal for UK businesses to use key commodities if they have not been produced in line with local laws protecting forests and other natural ecosystems. The final, operational details of the proposal will be implemented through secondary legislation, which will be subject to further consultation. This will consider which commodities will be prescribed, the thresholds that determine which businesses will be subject to the requirements, the precise information businesses will be required to report on and the level of fines.

The Resources and Waste Strategy sets out the Government's plans to eliminate all avoidable plastic waste throughout the lifetime of the 25 Year Environment Plan, however for the most problematic plastics the Government will go faster, working towards all plastic packaging placed on the market being recyclable, reusable, or compostable by 2025.

To keep products in circulation for longer ministers are taking steps through the Environment Bill to require products to be designed to be durable, repairable, and recyclable, as well as legislating for the use of extended producer responsibility schemes in a way that incentivises more resource efficient design. The Bill also includes powers to enable other commitments to be delivered which will improve the quantity and quality of the materials we recycle. These include commitments to implement a Deposit Return Scheme for drinks containers and the introduction of consistent recycling collections across the country.

The Environment Bill gives the Secretary of State the power to amend two pieces of legislation regulating the use of chemicals in the UK. This will allow the Secretary of State to take further steps where necessary to ensure a smooth transition to a UK chemicals regime now that the UK has left the EU and the Transition Period is over. I am encouraged that the Bill makes it possible to keep the legislation up to date and respond to emerging needs or ambitions for the effective management of chemicals.

The UK has been at the forefront of opposing animal tests where alternative approaches could be used. This is known as the "last-resort principle", which will be retained and enshrined in legislation through the Environment Bill. I am pleased that ministers are determined that there should be no need for any additional animal testing for a chemical that has already been registered, unless it is subject to further evaluation that shows the registration dossier is inadequate or there are still concerns about the hazards and risks of the chemical, especially to human health.

In the year of COP26, the Environment Bill is at the core of delivering the Government’s manifesto commitment to deliver the most ambitious environmental programme of any country on earth and leave our environment in a better state than we found it.