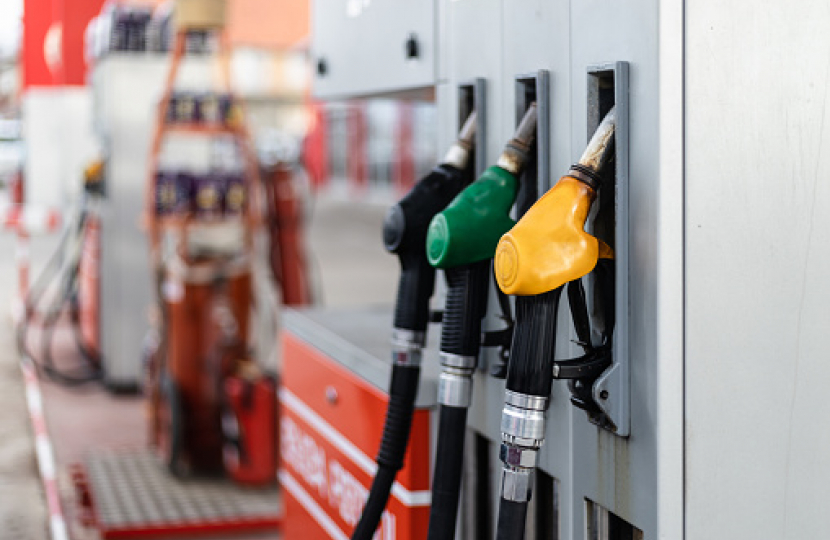 In recognition of the unprecedented circumstances pushing up fuel prices, I welcome the decision announced at the Spring Statement to cut fuel duty by 5 pence for a full year across all fuel duty rates.

The decision to freeze fuel duty for the twelve consecutive years prior to this cut had already saved the average driver over £1,900 compared to the pre-2010 escalator.

I also welcome that for the first time since 1926, money raised through car tax (Vehicle Excise Duty) is now being spent directly on the roads. Around £28bn is being invested in England's strategic and local roads, an amount equivalent to all VED receipts.  I was also very pleased to see the announcement in the Spending Review that £1.7 billion has been made available for local highway authorities in England (outside London) for 2021-2022 to improve the condition of local roads and associated infrastructure.

I appreciate concerns relating to the impact of the Russian invasion of Ukraine on fuel prices. I know ministerial colleagues are monitoring this impact closely.

My colleagues at the Treasury have also emphasised that any future fuel duty rates will be considered in the context of the UK’s commitment to reach net zero emissions by 2050.

While I am aware of the arguments in favour of introducing an independent pump pricing watchdog, I do not believe such a move is necessary. I firmly believe that the most effective way to keep fuel prices down is through an open and competitive market. In 2013, the Office for Fair Trading investigated competition in the UK fuel sector and concluded that it was operating well. It should be highlighted that the Government works with numerous stakeholders to ensure that the fuel industry is competitive, so consumers benefit from low prices.

I firmly believe that the most effective way to keep fuel prices down is through an open and competitive market.