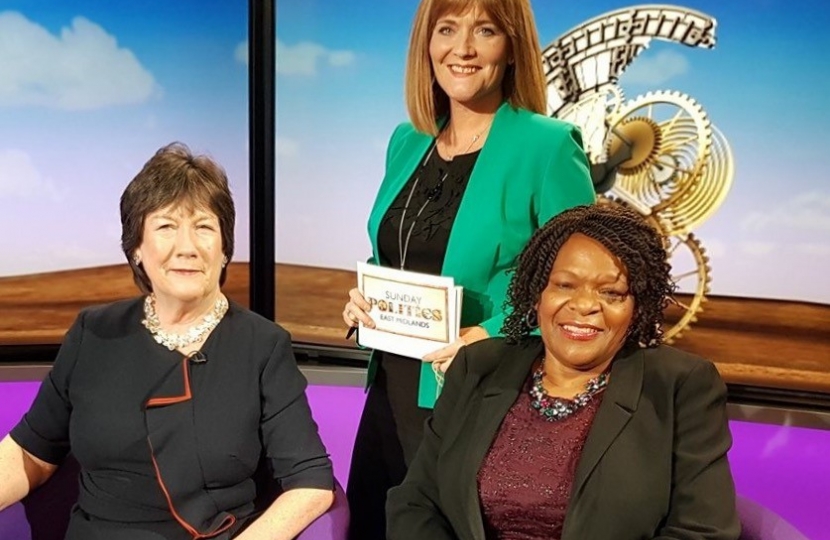 It was great to be part of the panel for the BBC East Midlands, Sunday Politics Show last week.   This was a jam packed show and we discussed a number of topical issues.

In a lively session we spoke about the impact of the budget in the East Midlands.  I said that I am generally pleased with the content of this budget, which contains compassionate Conservative policies that will positively impact many of my Constituents.  Particularly in relation to stamp duty and the personal tax allowance.

There was a discussion on the expansion of the East Midlands Airport.  I am pleased to see that the ambitious plans for growth and investment.  However, I appreciate the need to be sensitive to the surrounding area and the residents that expansion will  directly effect.

We also discussed the concept of a Metro City.  This strategy looks at the capacity for economic growth across the collective area of Derbyshire, Nottinghamshire, Derby and Nottingham. I expressed my concerns about a lack of consultation on this issue. I believe that there must be full consultation of the people and all political parties across both counties.  As the Member of Parliament for Mid-Derbyshire, I want to see the best deal for my constituents.  Whilst I would never discourage government investment in the region, I note that there is scope for further investment in areas such as Belper, which is often ignored. I have been campaigning for London trains to stop at the train station there.

You can still catch the show in full at:  https://www.bbc.co.uk/iplayer/episode/b09fx7c5/sunday-politics-east-midlands-26112017