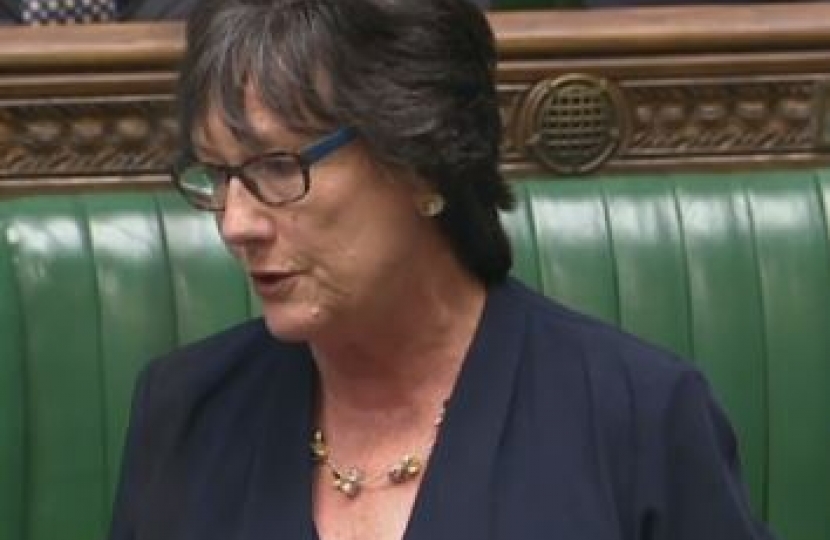 Pauline Latham stressed the vital part Rolls Royce has played in plans to build four new Dreadnought submarines, and asked about the scheme’s progress, in Parliament on the 10th July.

In July 2016 Parliament voted to renew the UK’s continuous at sea deterrent – which entailed the creation of four new nuclear submarines, known as the Dreadnought class.

“The Dreadnought submarine programme is important to my constituents, many of whom work at the Rolls-Royce Raynesway facility which is building the pressurised water reactors that will go into those submarines. Rolls-Royce has been investing very heavily in the new facility to meet the demands of this programme. When will the Government make a decision?”

In response Harriet Baldwin, the Parliamentary Under-Secretary of State for Defence, replied:

“My hon. Friend is absolutely right to highlight the fact that companies not just in Barrow-in-Furness but up and down this country are involved in carrying out highly skilled work in this incredibly elaborate programme. I had the pleasure of visiting Raynesway and her nearby constituency and I know how many people in Derby and in Derbyshire depend on that programme. I can assure her that we are making substantial investment in the site.”

Commenting afterwards, Pauline said: “I am pleased to have emphasised just how important a part Rolls Royce are playing in maintaining the UK’s nuclear defensive capabilities, and also wanted to press the Government about the status of a programme which provides a livelihood for many of my constituents.”