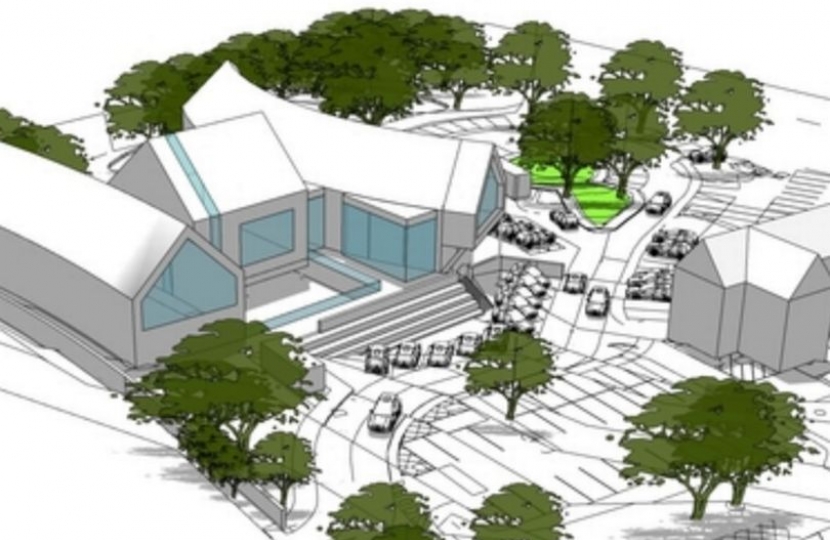 Mid Derbyshire MP Pauline Latham has welcomed plans for a £10m health care centre in Belper after a meeting with NHS officials on its proposed site.

Mrs Latham was assured that the centre – on the site currently occupied by Belper Clinic – would offer all services already provided in the town.

She was also told that Belper Community Ambulance Station and Derbyshire Police would share the site.

The site wasn’t in the original plan to replace the run-down Babington Hospital but NHS Property Services has now agreed to sell the land to Derbyshire Community Health Services.

Following her meeting with Rob Steel, Head of Communications for the Derbyshire Community Health Services NHS Foundation Trust and William Jones, the Chief Operating Officer, Mrs Latham said: “This is good news for Belper and the surrounding areas.”

“Babington is not suitable for 21st-century healthcare and patients will have much more appropriate surroundings which will not be at risk of flooding.

“I am only disappointed that the NHS was not clearer on what it was doing. Its officers allowed the rumour mill to get out of hand and people fear there would be no services.”

The proposals at that time were for a new facility of clinical services and bedded care to be based on Derwent Street.

However, since then there has been a range of new service developments such as wound care clinics, musculoskeletal assessment and community midwifery which would need to be accommodated in a new facility.

There were also concerns about restricted space inside a Derwent Street site and issues over vehicle access and parking.

Mrs Latham added: “It will be a state-of-the-art building in a better place and the rest of site can be developed. It will be easier to visit, especially for those with access issues, with 90 parking spaces.

“The sooner it can be built the better.”

It is anticipated that the new facility will be completed by 2022. Following the existing clinic’s demolition, all services will be available from Babington Hospital until the new building is complete.

The Babington Hospital site, owned by NHS Property Services Ltd, is likely to be sold in the future.

Meanwhile, there will be ten residential care beds at the new Derbyshire County Council facility on Derwent Street with other nearest facilities for bedded care based at St Oswald’s, Heanor, Ripley and Whitworth Hospital in Darley Dale.

The beds to the new facility on Derwent Street are likely to be transferred around late summer this year.

The new Belper clinic site will be built to standards set by Building Research Establishment Assessment Methods and planning permission will be sought in April 2020 with a view to starting the build in Autumn 2020.

A drop-in session for local residents was held on January 8 and NHS staff briefings are ongoing.

Many people have asked me how they can best be helpful to others during this pandemic, COVID-19.  I have been sent this idea by a constituent but I believe it has been used by many up and down the community, so if you are able perhaps it is an idea which many constituents in Mid Derbyshire may li