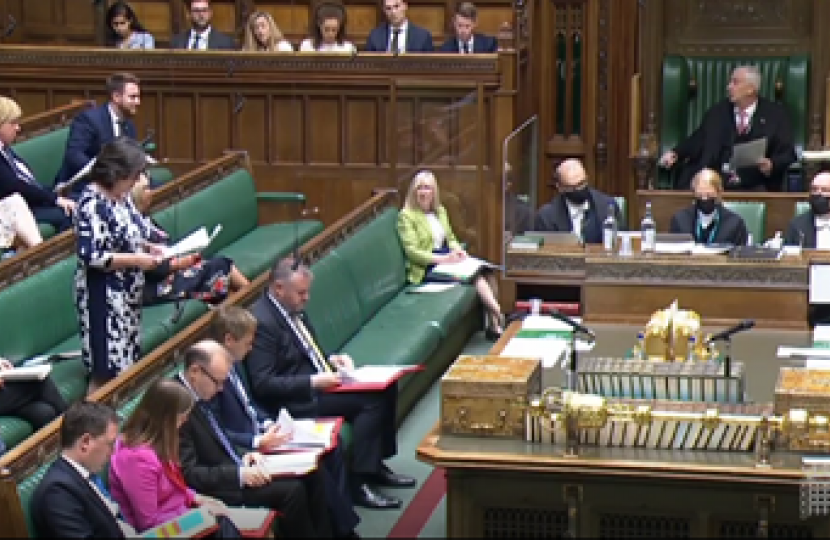 Today I told Parliament that Derby’s 'pedigree and potential' would make it the ideal location for the headquarters of the new Great British Railways.

In May, the Department for Transport announced the creation of the public body following a review over how the industry operates.

It is due to launch in 2023 and will lead an integration of the railways for the first time in more than a quarter of a century.

The site of its headquarters would be prestigious and could also bring a significant number of jobs.

I spoke about the city’s rich history in the rail industry during questions to Transport Minister Chris Heaton-Harris.

I also spoke about the future: “Derby has also invested in the future of the industry with local businesses helping to develop the UK’s first hydrogen trains.

“Does he agree that that combination of pedigree and potential would make Derby an excellent location for the new headquarters of Great British Railways?”

Mr Heaton-Harris replied: “My honourable friend knows my affection for Derby which I represented for ten years in the European Parliament.

“She is right that Derby has played an important role in the history of rail in this country.

“I have heard her sales pitch this time and previous times loud and clear but I have to say that the location of GBR’s headquarters will be considered in due course.”

I will push Derby to be the site of this important public body at every opportunity I have.

The city has been at the centre of every key development in the rail industry’s history and continues to be.

We have the biggest cluster of rail companies in Europe so it makes it makes total sense for the headquarters of the Great British Railways to be here.

In September, I thanked Derby Samaritans in the House of Commons for their hard work and selfless volunteering on their 60th anniversary.

I was therefore delighted to attend the Samaritans Afternoon Tea yesterday, and to bring along some cakes of my own for the tea party!