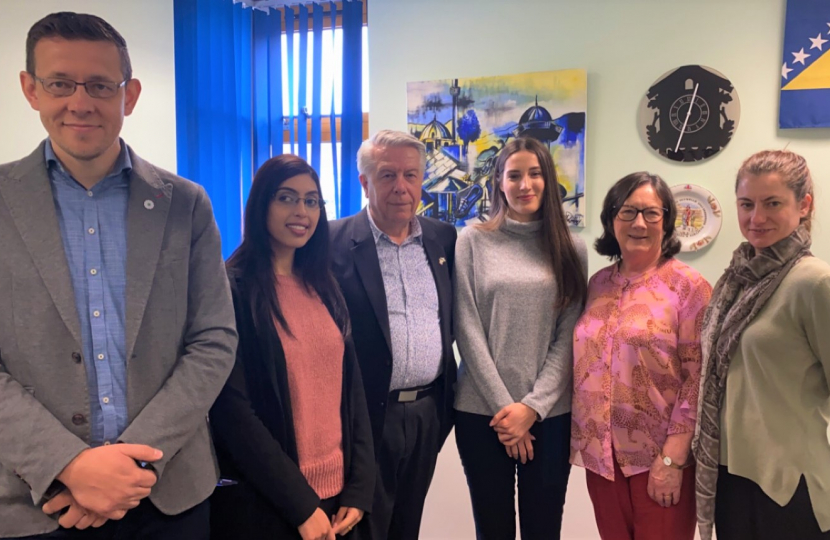 Yesterday, I had the pleasure of visiting the Derby Bosnia and Herzegovina Centre at Curzon Street and meeting with Mr Ferid Kevric, Centre Manager and his wonderful team.  I learnt all about the amazing work and support the team and centre provides to the community of people displaced from the former Yugoslavia, now residing in Derby.  I also met with a dedicated team of volunteers from the Derby Refugee Forum, who operate within the centre, responsible for helping asylum seekers and refugees with life skills, local information, financial advice, English language courses amongst many other services.

I have long been a supporter of Bosnia, and recently visited with the International Development Select Committee, developing inter-parliamentary relationships and reinforcing our support on the 30th anniversary of their freedom.

I also recently spoke in a debate and raised the prospect of Russian aggression towards Bosnia in the House of Commons, asking the MP leading the debate:

“Does he share my concerns about any future aggression from President Putin in the region, and will he press the Minister on what steps this Government are taking to safeguard the security of the Balkans in the light of the current geopolitical crisis?”