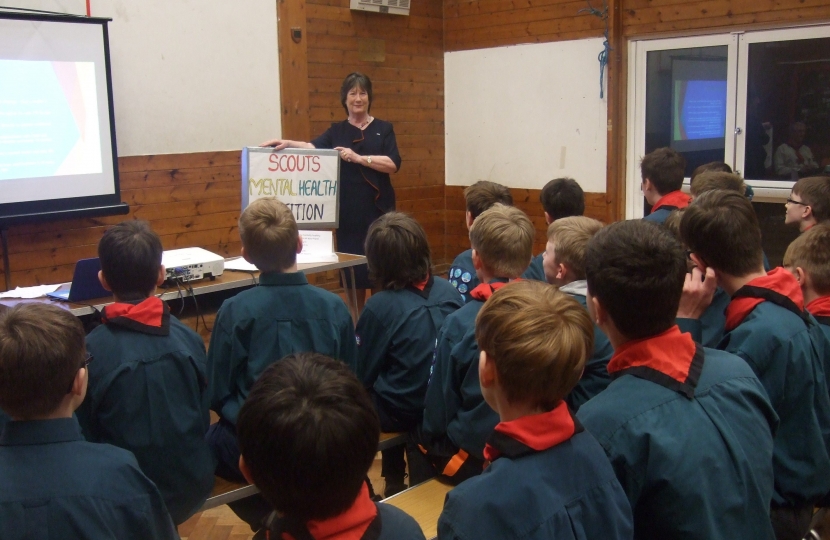 On Wednesday April 11th Pauline Latham, MP, was handed a petition supporting more funding for Mental Health Services by Duffield Scouts [Wednesday troop] at their Scout Hut. This was organised as part of the national Scout “Million Hands” community project. Over 500 signatures were collected on sticking plasters at our schools and in the village. The petition read “Mental Health needs more than sticking plaster. Every year one in four people have a mental health problem of which only one in three get help, often taking weeks to start. We think that mental health should be treated as seriously as physical health. Mental Health Services should get more equal funding with those for physical health”.

After presentations from the scouts, Pauline said a few words in support of the petition then answered questions. Scouts were particularly interested by how she became an MP and how they themselves can be involved with politics in many different ways. The meeting was attended by scout parents, Alan Hudson, Duffield Group Leader and other local scout leaders. We finished with drinks and cakes prepared by the parents.