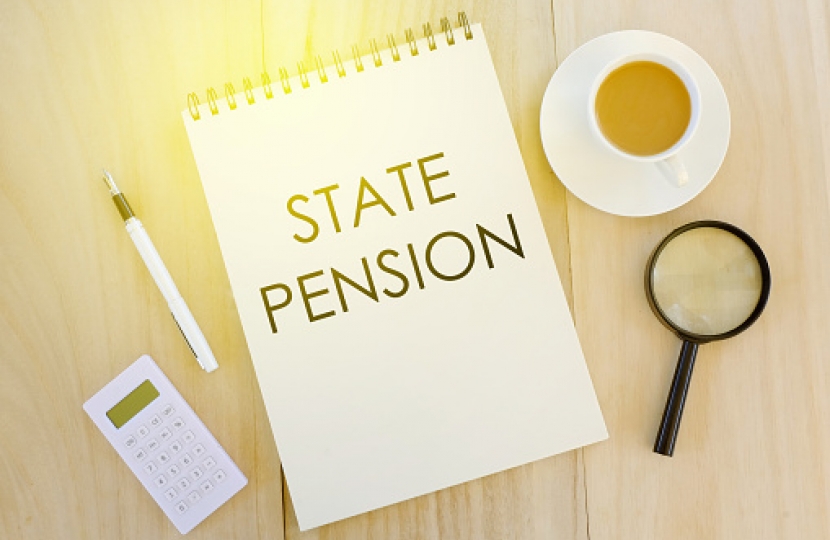 Every year, the Secretary of State for Work and Pensions is required by law to review whether benefits have kept pace with inflation or earnings increases. Over the last two years, the pandemic has caused a statistical anomaly in average earnings. Last year, the law changed for one year to increase State Pensions by 2.5 per cent, when average earnings had fallen and price inflation increased by half a percentage point. If this action had not been taken, State Pensions would have been frozen.

This year, the anomaly remains. As millions of people have left furlough and the labour market has changed significantly, reported average wage growth is due to be over 8 per cent. It would not be right to increase pensions by this figure – it is not what the triple lock was ever intended to deal with, would cost £4-5 billion, and would have to be funded by increasing taxes on working people.

On 7th September it was announced that there will be a move to a Double Lock for one year only. This means the state pension will rise next year by the higher of inflation or 2.5 per cent. This approach will ensure pensioners’ spending power is preserved and that they are protected from higher costs of living. It will also ensure that as we are having to make difficult decisions elsewhere across public spending – including freezing public sector pay – pensioners are not unfairly benefitting from a statistical anomaly.

Colleagues at the Department for Work and Pensions have assured me that this measure is temporary for one year, and the Triple Lock will apply as usual from next year for the remainder of this Parliament, in line with the manifesto commitment.

These measures have meant there are 200,000 fewer pensioners in absolute poverty, compared to a decade ago.  On top of this, pensioners continue receive other support – free TV licences, free bus passes, winter fuel payments, and tax-free pension contributions worth over £50 billion.

I would also like to reassure you that I will continue to work with colleagues in Parliament to protect pensioners consistently.