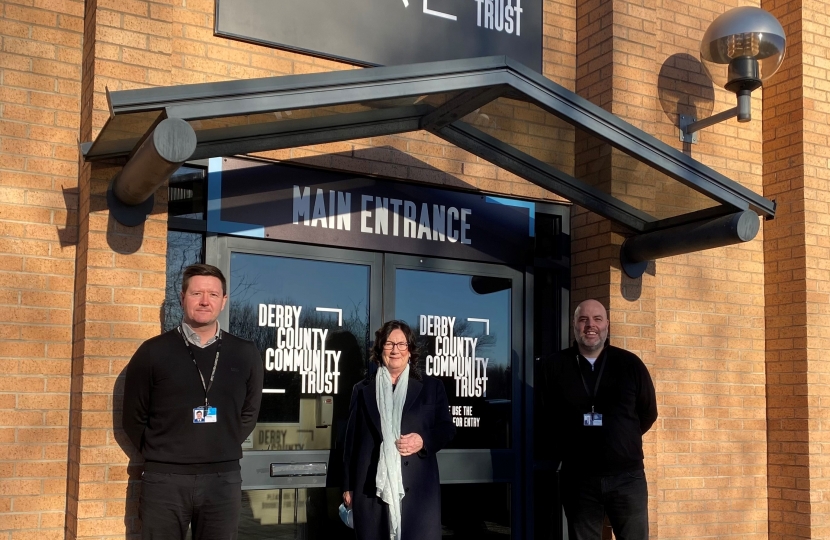 More than 20 MPs today backed Pauline Latham's appeal for urgent action to save Derby County Football Club as she took the campaign to the House of Commons.

In response to Pauline's Urgent Question, government minister Chris Philp called on all sides to help remove obstacles to the club coming out of administration and, ultimately, survive.

‘These clubs are so much more than businesses. They represent the heart and soul of communities – nowhere more so than in Derby.

‘So, can the Minister assure me that in his discussions with the EFL he has been reassured that they are acting in the best interest of Derby County’s fans?’

Mr Philp supported the call from Pauline and Derbyshire MPs for Derby County’s administrators, the EFL and other interested parties to come together and work urgently to remove all blockages to securing the future of DCFC.

More than 20 MPs on all sides of the house supported Pauline’s stance and she has since met again with the Sports Minister, Nigel Huddleston to impress the importance of resolving the matter as quickly as possible.