Pauline Latham OBE MP calls for debate in Parliament on Uganda’s Health Systems which are failing to deal with the countries malaria outbreak. 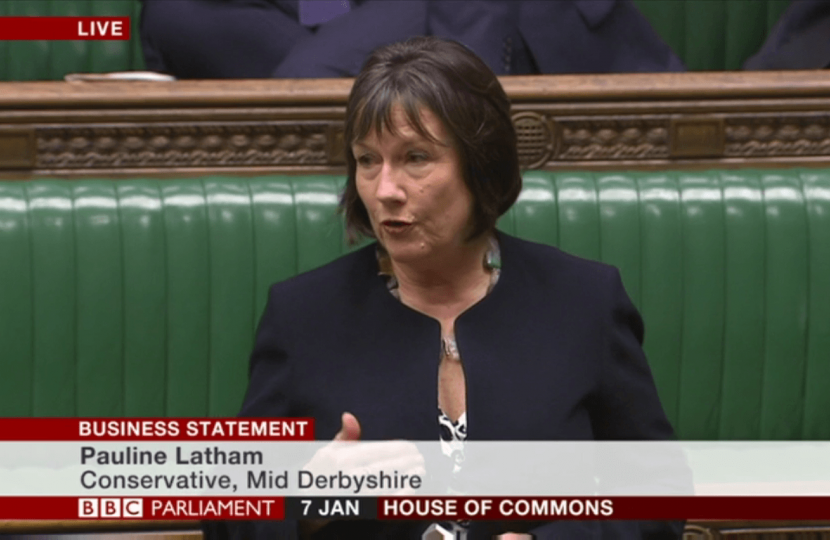 Pauline Latham OBE MP has called for a debate in the House of Commons on health systems in Uganda which are failing to deal with the malaria epidemic which is currently badly affecting the North of the country.

Mid-Derbyshire’s MP recently visited Uganda on a fact finding trip to assess the scale of the malaria outbreak after being alerted to it by a Non-Governmental Organisation (NGO) operating in the area as the epidemic started in 2015.

She visited a number of regional hospitals and health centres in Northern Uganda in Gulu and travelled to the Pader District in the North to visit rural health centres and speak to medical practitioners and local officials dealing with the malaria outbreak.

The scale of the epidemic was clear with women and children especially effected by the disease which has claimed many lives in the North, more rural, part of the country.

Speaking in the House of Commons Pauline Latham said called for “a debate on the health systems in Uganda which are failing the people. Mothers and children are dying from malaria which should not be happening in this day and age”.

Deaths from the mosquito borne disease have reduced by 60% since 2000 but remain a substantial global killer, especially in rural areas close to water.

In his response the leader of the House, the Rt Hon. Chris Grayling MP, praised Mid-Derbyshire’s MP for the work she is doing to bring the situation in Northern Uganda to Parliament’s attention and pointed out that there is a debate on the impact of malaria more globally due to take place in the near future, which Mrs Latham will speak in.

He also noted the assistance the UK has given Uganda, a country the UK has strong historical ties to.

It is not the first time Mrs Latham has called for the issue of the epidemic in Northern Uganda to be looked at. In October 2015 she joined other MP’s in a debate on tackling Malaria and Tropical Diseases and highlighted the damage being done by the disease in Northern Uganda as a sign not to be complacent even as the global number of deaths reduces.

Pauline Latham OBE MP said: “My trip to Uganda has left me even more convinced that Parliament needs to be looking at the situation there in relation to malaria.

It was very distressing to see the scale of the epidemic and the tragic fact that Uganda’s health systems are currently unable to deal with the problem. It is also clear that, as ever, women and children still bear the brunt of malaria with many dying and having their lives diminished by the disease. I saw one four year old boy, fitting due to cerebral malaria, who has probably died since, but he had to share the same hospital bed as two other very sick children and this was in the best hospital I saw there.  This hospital had sheets on the bed which is the first that I have seen.

I hope to be successful in getting a debate on the issue to really raise further awareness about the situation and how the UK can lead the efforts to combat it. We are a world leader on tackling malaria and have made great progress but there is still a lot more that needs to be done”.