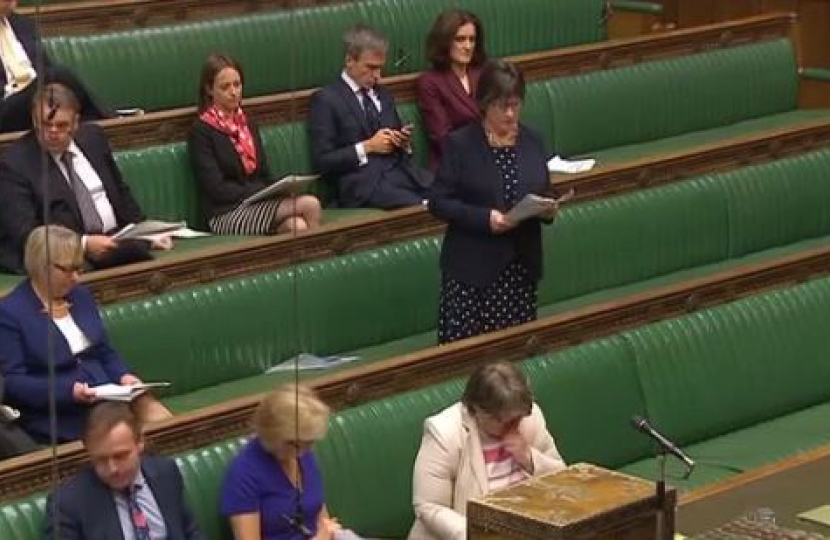 Mid Derbyshire MP Pauline Latham has again called on the Government to step up its efforts towards a ban on ivory sales in the UK.

She first asked when the department plans to begin its consultation on banning the trade in ivory.

In response, the minister said: “We want to get the proposals right, and will consult as soon as we can.”

Following that, Pauline also asked: “Does the minister agree that when the policy is in place rigorous enforcement will be one of the most vital elements?”

The minister replied: “Robust enforcement will be important to ensure that the rules are effective. The police and border agencies do an excellent job of enforcing the current rules.

“We will work with them on how best to enforce new measures. Our approach to tackling the illegal wildlife trade is about enforcement, strengthening criminal justice and tackling demand, so that together we can help to solve the poaching crisis.”

Speaking afterwards, Pauline said: “I have done a huge amount of work on trying to push the Government to introduce a ban on the UK ivory trade, including speaking in two Westminster Hall debates, a great deal of lobbying, and work with several wildlife charities, NGOs, and various politicians".

“An elephant is killed every twenty minutes for its tusks, and bringing in this ban—as we rightly promised in our manifesto—as soon as possible will help save elephants’ lives and make a crucial difference.”